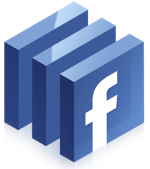 What is with this whole Facebooky thing? Facebook is a social networking service that originally started as an invitation-only networking site for college students. It has since become a cultural phenomenon, boasting more than 845 million users stretching worldwide (source: wikipedia). Of all the social networking websites, Facebook is the undisputed leader. Authors and screenwriters […]