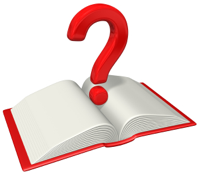 I took a single screenwriting class. It was relatively easy – if you watch movies and understand that every story is the Monomyth. It’s all about structure, showing not telling, and fitting your story into 90-120 pages. Screenwriting was exactly what I expected it would be. It wasn’t difficult, and – within three months of […]

END_OF_DOCUMENT_TOKEN_TO_BE_REPLACED 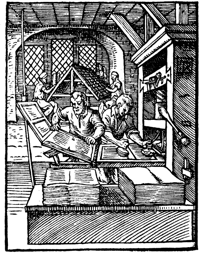 Answer: Well, your question starts off with an incorrect assumption. Self publishing does work.  It’s worked for hundreds and hundreds of years.  Poor Richard’s Almanack was certainly a success – it was printed starting in 1732.  William Blake was very successful self-publishing his work starting in 1783.  Jane Austen was pretty successful – although, to be […]

END_OF_DOCUMENT_TOKEN_TO_BE_REPLACED

Keith Cronin posted a great article about the ongoing Amazon/Hachette nonsense over at Writer Unboxed.  Personally, I firmly feel that Hachette is doing all of their authors a HUGE disservice by continuing this idiotic business war, and I feel that it’s making them look bad.  My favorite observation from this article: “This is something that […]

END_OF_DOCUMENT_TOKEN_TO_BE_REPLACED 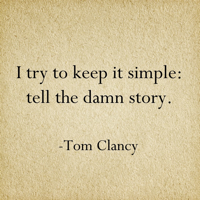 Thomas Leo “Tom” Clancy, Jr. (April 12, 1947 – October 1, 2013) was an American novelist and historian best known for his technically detailed espionage and military science storylines set during and in the aftermath of the Cold War, and for video games that bear his name for licensing and promotional purposes. Seventeen of his […]