On June 12, 1955 the test pilot cranked over the 145 horsepower Continental O-300 air-cooled six cylinder engine of the prototype Cessna Skyhawk, preflighted, check the control surfaces, and then pointed the nose skyward. Although this high-wing, single-engine piston aircraft would cause a shift in the general aviation arena, the first flight was largely uneventful.

END_OF_DOCUMENT_TOKEN_TO_BE_REPLACED

Planes of Fame Air Museum is proud to present Air Show 2015, May 2 & 3: “A Salute to Veterans“. This year’s airshow will feature nearly 50 historic aircraft, performing for your enjoyment as well as a salute to our veterans. We invite you to Airshow 2015 to celebrate the history, contributions, and sacrifices of […]

END_OF_DOCUMENT_TOKEN_TO_BE_REPLACED

Jim Moore has posted over on the AOPA about Sporty’s 172LTE refurbished Cessna program. Sporty’s announced the program back in December (you can read about it HERE). From the article: Sporty’s refurbished Cessna 172LITE project caught on fast. A used Skyhawk with an overhauled engine, new interior, and a fresh coat of paint (among other […]

END_OF_DOCUMENT_TOKEN_TO_BE_REPLACED

A Stripped-down Skyhawk designed to offer cheaper training Jill W. Tallman has posted about Sporty’s new 172LITE program over on the AOPA website.  From the article: A refurbished Cessna 172 that will offer more cost-effective flight training is at the heart of the Cessna 172LITE project, announced Dec. 17 by Sporty’s. “Sporty’s is acquiring 172s […]

END_OF_DOCUMENT_TOKEN_TO_BE_REPLACED 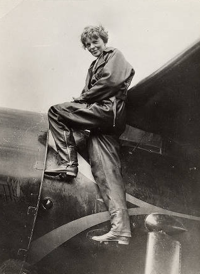 A press release from The International Group of Historic Aircraft Recovery (TIGHAR) reports that the group had successfully linked a piece of scrap metal discovered on the island of Nikumaroro with Earhart’s plane. New Research During Amelia Earhart’s stay in Miami at the beginning of her second world flight attempt, a custom-made, special window on her Lockheed Electra aircraft […]