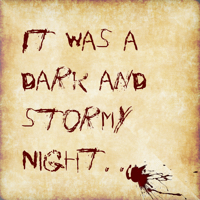 Question: When they say your first draft of a film script is bad, what do they mean, and how many drafts do you need until it is perfect?

Answer: “They” who, exactly?

A first draft is exactly that: bleeding out your idea onto the page to see if it’s worth its weight in pixels. Birthing is not a pretty process.

Do screenplays get rewritten? Yep. All the time. I do it. I do it for others. Every screenwriter rewrites. There’s a reason rewrites and polishes are written into every contract I’ve signed.

To correct some misconceptions:

Finish your screenplay. Tweak it as much as you think you need to, get a table read or two under your belt, polish it, sell it. It’s NOT hard to do.

Hell, you already finished it, right?

See you out on the trails!