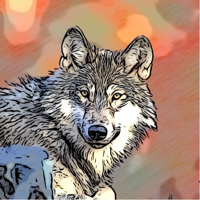 With a population of more than 6,000, the wolf now exists in the continental United States as two large, genetically diverse, stable and growing populations. This new population joins the the gray wolves of the Northern Rocky Mountains – with a population ranging across Wyoming, Montana, Idaho, Washington and Oregon – that were previously delisted. The wolf population in Alaska was never listed on the EPA.

This is another triumph for conservation under the Trump administration, where more than 13 species including the bald eagle, peregrine falcon, American brown pelican and other species of plants and animals that have been recovered and delisted from the ESA.

This latest delisting shows that the Endangered Species Act can make a difference for imperiled species. While normally I’d say I look forward to seeing this species in the wild, I often hike alone so … well, I’ll be satisfied with pictures from afar taken by someone else who is braver around an apex predator than I am.

You can find out more about the gray wolf from the U.S. Fish & Wildlife website HERE.