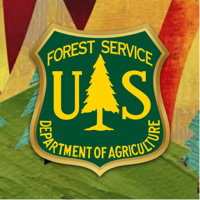 As if 2020 hasn’t given us enough gut-punches already, California is now entering wildfire season – a season that brings increasing danger and more and more property damage and loss of life every year thanks to the incompetence of California’s government and the environmental stupidity that idiotic groups like the Sierra Club call “activism.” Environmentalism is why our wildfires are getting more and more intense every year.

All of this could be avoided through proper stewardship and conservation of California lands … but noooOOOooo, we have liberal morons hell-bent on destroying our once-golden state.

California is, again, threatened as we enter fire season by dangerous conditions that include extreme heat, wind, and dry conditions. Our brave firefighters are working day and night fighting fires that are man-caused – regardless of whether these fires were started by idiots setting off fireworks at gender reveal parties in tinder-dry brush (it’s a boy, by the way … and congratulations to the moron parents that sparked the El Dorado Fire in San Bernardino County with that stunt) or the fires were sparked by lightning strikes they’re MAN CAUSED; California governance and environmental whack-a-moles have blocked every conservation program that would clear dead trees, steward over-populated forests, and remove dead underbrush thus minimizing the risk to the lives and lands of Californians.

Because of these conditions, the U.S. Forest Service has announced that, as of 5:00pm today, they are shutting down the following National Forests: Stanislaus, Sierra, Sequoia, Inyo, Los Padres, Angeles, San Bernardino, and Cleveland. They’ll re-evaluate the conditions daily and re-open as soon as it’s safe to do so. The U.S.F.S. is pretty good about this, and I trust that they WILL re-open, unlike the rest of California under Warden Newsom.

For U.S.F.S. land that is not closed, they’re putting in place the following prohibitions:

“The wildfire situation throughout California is dangerous and must be taken seriously. Existing fires are displaying extreme fire behavior, new fire starts are likely, weather conditions are worsening, and we simply do not have enough resources to fully fight and contain every fire,” said Randy Moore, Regional Forester for the USDA Forest Service Pacific Southwest Region. “We are bringing every resource to bear nationally and internationally to fight these fires, but until conditions improve, and we are confident that National Forest visitors can recreate safely, the priority is always to protect the public and our firefighters. With these extreme conditions, these temporary actions will help us do both.”

An example of extreme fire behavior is the Creek Fire on the Sierra National Forest which began on Friday Sep. 4th and grew rapidly on Saturday, Sep. 5th. The fire made a 15-mile run in a single day and burned 36,000 acres, prompting evacuations and life saving measures. The California National Guard evacuated at least 200 people from Wagner Mammoth Pool Campground and assessed them for medical needs.

The Forest Service thanks our partners and the public for their cooperation and understanding of this monumental fire threat. It is critical that all Californians and national forest visitors follow these important closures and restrictions for their own safety and the safety of our firefighters.

Godspeed and safety to all of the firefighters on the front lines.

See you out on the trails (y’know … eventually).