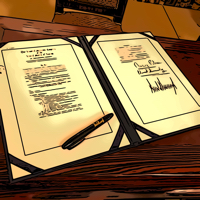 Yesterday President Trump signed the Great American Outdoors Act, on of the greatest conservation Acts signed in decades by any President.

The Great American Outdoors Act gives our national parks and federal lands the ability to perform some much needed deferred maintenance, repairs and upgrades to infrastructure and facilities.

Our National Parks are truly national treasures. Please visit the National Park Service to find out more about parks near you and nationwide HERE.