Why does the Sierra Club even bother to call itself “Sierra Club” anymore? 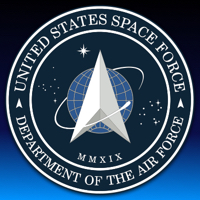 Today the United States Space Force did some major reorganization to restructure, modernize, and bring the commands in line with the direction the service. The announcement came in the way of  livestreamed reorganization ceremony that featured Chief of Space Operations General John W. Raymond and Chief Master Sgt. Roger A. Towberman.

During the ceremony, the announcement was made that three space wings and commands that were formerly part of Air Force Space Command would be inactivated. Two garrison commands and eight mission deltas were announced as active, and the Space Training and Readiness Delta Provisional was activated.

“Today we take action – an important and significant step – towards the development of a 21st century service, purpose built to achieve speed, agility, and unity of effort,” Gen. Raymond said. “This ceremony highlights the most significant restructure of space units since the establishment of the Air Force Space Command in 1982.”

I just like that it’s called “STARCOM” since Jason of Star Command was one of my favorite Saturday Morning TV shows on CBS.

See you on the trails … the SPAAACE trails!