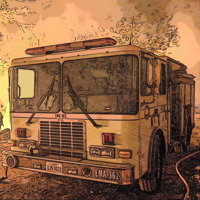 In one of those “it’s about damned time” moments, The Department of the Interior, National Park Service, and utility companies Pacific Gas and Electric and Southern California Edison have finally started working together to to mitigate wildfire risks in California.

After decades of idiotic government environmentalism and stupid backwards thinking led by groups like the Sierra Club that has allowed a storehouse of dead fuel to build up and spark some of the most massive and deadly wildfires throughout the state of California, a light finally came on – spurred by the deadly Camp Fire. This fire, which started east of the city of Paradise and became the single most destructive wildfire in California history and certainly on of the the worst conflagrations in the United States in more than 100 years, burned almost to 19,000 structures – with more than 11,000 homes burned to the ground In Paradise alone.

The National Park Service has begun issuing year-long permits to the major utilities Pacific Gas and Electric Company and Southern California Edison that will enable them to perform wildfire prevention activities in twelve of California’s national parks.

From the NPS press release, “the unprecedented wildfire danger we face in California called for a new way of thinking,” said Acting Regional Director Woody Smeck, who oversees the park service regions that include California. “We have eliminated cumbersome and redundant processes and replaced them with a single efficient and standardized process that came about through our collaborative public-private partnership. We understood the urgency and I believe we have delivered in a way that facilitates utility wildfire mitigation work and fulfills our mandate to protect public safety and national park resources.”

This new public/private partnership approved by the California Public Utilities Commission focuses on streamlining communication between the NPS and the utilities. The new wildfire prevention efforts allow the utilities to perform additional inspections and vegetation management around their power lines and equipment as well as maintenance and service of facilities within California’s national park units.

The new streamlined process eliminates the redundant permit applications process and coordinates the permit conditions and requirements to be equivalent no matter which park the same or similar work is being conducted. These new permits use newly “pre-negotiated standard terms and conditions, including resource protection measures jointly developed by NPS and the utilities.”

“Safety is our first priority and we remain focused on continuing efforts to strengthen the grid and manage vegetation, particularly in high fire risk areas,” said Mike Backstrom, SCE’s managing director of Energy and Environmental Policy. “We applaud the commitment of the National Park Service to this innovative approach that ensures we can conduct this urgently needed wildfire mitigation work in national parklands within SCE’s service territory, and at the same time work together to protect these important lands and resources.”

“Preventing wildfires and making our communities safer involves many different players. The National Park Service is a true partner to California energy companies and this collaboration helps streamline the permitting process and allows us to do our jobs more efficiently. At the end of the day, the real winners of this new approach are California’s national parks and their visitors who will benefit from enhanced wildfire protection measures for years to come,” said Andy Williams, Vice President of Shared Services for PG&E.