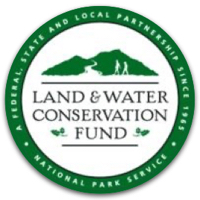 The Land and Water Conservation Fund is a federal program was established by Congress in 1964 through a bipartisan commitment to safeguard our public lands – the natural areas, water resources and cultural heritage for all Americans – and provide funds and matching grants to federal, state, and local governments to acquire land, water, and easements. Through funding provided from offshore oil and gas leasing, the LWCF has protected and expanded habitat and preserved access to outdoor recreation in all fifty states, which makes it our nation’s most successful conservation program.

Although the Land and Water Conservation Fund was permanently authorized in 2019, it did not guarantee that the $900 million put into the LWCF account every year was going to be spent properly on conservation. After all, since its inception more than 55 years ago, appropriations have been hijacked. More than 22 billion dollars has been siphoned from the fund for non-conservation purposes. Of the $900 million authorized to the LCWF this fiscal year, only $495 million was properly appropriated to the LWCF. It was not enough … but it was the highest amount in received from the fund in 15 years.

The Land and Water Conservation Fund Permanent Funding Act – which just passed the Senate – is set to provide ALL the funding to what it should have gone to in the first place: funding increased recreation opportunity for all Americans, protecting our national parks and forest, connecting our national, state, regional, and local trail networks, creating and improving neighborhood playgrounds and ballfields to support healthy kids and families, expanding sportsmen’s access and wildlife habitats, safeguarding our drinking water supplies, and keeping working forests, wildernesses, and ranches in sustainable operation.

President Trump has already said he’ll sign the bill. The Senate has passed a bipartisan bill that fully funds the LWCF and reduces the deferred maintenance backlog on our public lands. We’re just waiting on the House of Representatives to stop hating President Trump, stop posing with slave scarves, and start doing the job they were hired to do.