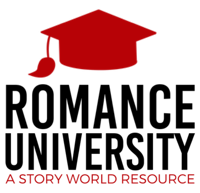 In an unfortunate year of farewells, we have to add another name to websites that are no longer with us.

Romance University is officially shutting its doors on January 27, 2020. This resource was one of the early internet adopters back when eBooks were just starting to hit hard and eRetailers were doing a job of ‘catch-up’ to Amazon’s second-gen Kindle which hit shelves back in 2009.

RU has had its ups and downs over the years, but after Adrienne, Kelsey, and Tracey teamed up and returned there was some hope that the resource would gain back the traction that it had lost. Based on a post on the blog on December 31, 2019, it looks like it’s not to be.

If you have any articles you’d like to re-read before the site shuts down, NOW would be the time to head over to Romance University.

From the Romance University blog:

“…When we once again took the reins of Romance University earlier this year, we had hopeful plans for a healthy and happy relaunch of the site. As you can see, the site received a lovely makeover and a number of generous guest authors agreed to supply articles, for which we are so grateful.

However, blogs and the internet are infinitely different in 2019 (hello, podcasts and the audio revolution) than they were in 2009 when RU began its successful ten-year run. It is still possible to operate successful sites in this environment, but it does take an amount of time and effort that we are no longer able to spare from our Steele Ridge Publishing work. Therefore, the Romance University site will go offline on January 27, 2020…”

Here’s hoping for continued success to Steele Ridge Publishing and a HUGE and heartfelt “thank you” to Tracey Devlyn, Kelsey Browning and Adrienne Giordano for all your hard work!