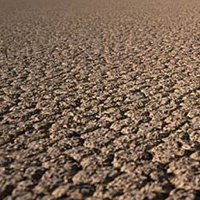 …and we’d be MUCH further ahead of the game if we didn’t just “take the word” of so-called “reporters” who seem to be just making things up as they go along so they can get a paycheck. Truth be damned!

The latest “statistic” foisted on us by “reporters” is that California’s agriculture uses up 80% of the water in California.

It’s not a statistic. It’s made-up. Why is it being reported over and over? So that environmentalists can point the finger at someone other than themselves and blame others for the incredible amount of damage their policies continue to do in California.

You know how much water California’s farmers use? Not 80%! It’s much closer to 38-40%. But by excluding the environmental diversions that they created from the calculations they falsely blame the farmer for the bureaucrat-made disaster caused by decades of poor planning, mismanagement, and gross stupidity.

It’s unsurprising that environmentalists and the media want to distract attention away from the incredible damage that environmental regulations have done to California’s water supply. Although the rest of the state is now beginning to feel the pinch, these regulations sparked the San Joaquin Valley’s water crisis more than two decades ago. The Endangered Species Act spawned many of these regulations, such as rules that divert usable water to protect baby salmon and a 3-inch baitfish called the Delta smelt, as well as rules that protect the striped bass, a non-native fish that — ironically — eats both baby salmon and smelt. Other harmful regulations stem from legislation backed by environmental groups and approved by Democratic-controlled Congresses in 1992 and 2009. These rules have decimated water supplies for San Joaquin farmers and communities, resulting in zero-percent water allocations and the removal of increasing amounts of farmland from production.

One would think the catastrophic consequences of these environmental regulations would be an important part of the reporting on the water crisis. But these facts are often absent, replaced by a fixation on the 80 percent of the water supply that farmers are falsely accused of monopolizing. None of the four articles cited above even mention the problem of environmental diversions. The same holds true for a recent interview with Governor Brown on ABC’s This Week. In that discussion, host Martha Raddatz focused almost exclusively on farmers’ supposed overuse of the water supply, and she invoked the 80 percent figure twice. The governor himself, a strong proponent of environmental regulations, was silent about the topic during the interview, instead blaming the crisis on global warming.

That is no surprise — President Obama also ignored environmental regulations but spoke ominously about climate change when he addressed the water crisis during a visit to California’s Central Valley in February 2014. Indeed, for many on the left, the California water crisis is just another platform for proclaiming their dogmatic fixation on fighting global warming, a campaign that many environmental extremists have adopted as a religion.

Wake up, California! The damage continues to be done by terrible policies put in place by people who have no idea what they’re doing. Environmentalists should NEVER be listened to.