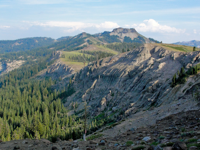 Congresswoman Judy Chu currently has a bill, HR4858, being reviewed by a Congressional committee to designate the San Gabriel Mountains as a National Recreation Area, however she hopes to bypass the legislative process and have President Obama declare the mountains a National Monument with an executive order as early as this month without proper studies or public input.

Local leaders have concerns over the impact to our water supply if the San Gabriel River is included in a National Monument. Recreation access and land usage may be restricted if this plan is implemented. Winter sports, off road biking and hiking, atvs, rifle ranges, horseback riding and many other activities and businesses could be curtailed.