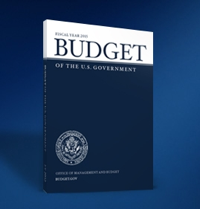 Wednesday morning, the White House released it’s requested budget for the 2015 Fiscal Year. The epic tome is almost 250 pages, and was delivered to Congress considerably later than any other time in the history of the United States.

Once again, user fees for aviation were part of the president’s new budget proposal, even though there is blowback and a strong opposition from Congress and the aviation community.

Apparently, nobody in the White House listens to the American people.

“We are disappointed that the President doesn’t seem to have gotten the message” said AOPA President Mark Baker. “With Congress on our side, I am confident we can prevent this arbitrary proposal from becoming a reality, but we have to stay vigilant. We are working hard to make general aviation more accessible and affordable, and whether you call it a user fee or a surcharge, we will keep fighting against proposals like this that would raise the cost of flying.”

A $100 per-flight fee has been a regular feature of the president’s annual budget proposals, making an appearance in each of the past four spending plans. But each time, the idea has been forcefully rejected.

On Feb. 27, leaders of the House aviation subcommittee and the co-chairs of the House General Aviation Caucus sent a letter to President Obama reiterating their strong bipartisan opposition to user fees and asking the president not to include a user fee proposal in his upcoming budget. The letter noted that the House of Representatives has repeatedly rejected this user fee proposal and opposition remains strong in both parties.

The letter was signed by House Aviation Subcommittee Chairman Frank LoBiondo (R-New Jersey) and Ranking Member Rick Larson (D-Washington), along with AOPA members Sam Graves (R-Missouri), and John Barrow (D-Georgia). Graves and Barrow co-chair the House General Aviation Caucus which has 238 members. And while it expresses support for the economic contributions of commercial and general aviation, including manufacturing and associated industries, it also notes that those industries could be harmed by fees.

“Your continued support for any proposal to implement a per-flight-fee on commercial and general aviation would only serve to undermine the strength of our aviation transportation system and the jobs that rely on this important segment of our nation’s economy,” the letter warned.

You can read the whole article HERE.