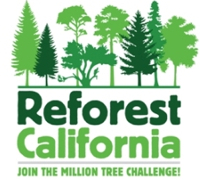 This is a press release from Stater Bros.:

Final installment of commitment by Stater Bros. and Coca-Cola Refreshments to replant 100,000 trees in the San Bernardino National Forest

In 2009, Stater Bros. Markets and Coca-Cola Refreshments joined forces to help the local mountains, which were severely impacted by devastating wildfires in 2003 and 2007. Each spring since then, these funds have been used to replant native trees to help revitalize the damaged forest areas in the San Bernardino National Forest. This funding will continue to be used for several more planting seasons.

Stater Bros. Chairman and Chief Executive Officer Jack H. Brown, who is a former member of the Del Rosa Hot Shots, an elite firefighting crew, stated, “Helping the communities we serve is a priority for Stater Bros. That’s why we joined forces with our supplier partner Coca-Cola Refreshments to help restore our beautiful San Bernardino National Forest to healthy levels and build a better tomorrow for all.”

“Planting trees is part of restoring, enhancing, and maintaining the health of our Nation’s forests,” said San Bernardino Forest Supervisor Jody Noiron. “Working together with partners such as Stater Bros. and Coca Cola, helps us increase the pace that we can ecologically restore the forest,” Supervisor Noiron added.